An assistant baseball coach and physics teacher at Langham Creek High School, Michael Shott, was chased and beaten by four high school student. The attackers are from Aragon Middle School. The photo is a screenshot of a video on social media by a witness. According to all the eyewitnesses, the incident was happened because the victim told these students not to ride dirt bikes on school ground. Peggy Shott, the mother of Michael Shott, said that his arm was broken by attackers. Now these four students are already in costody. 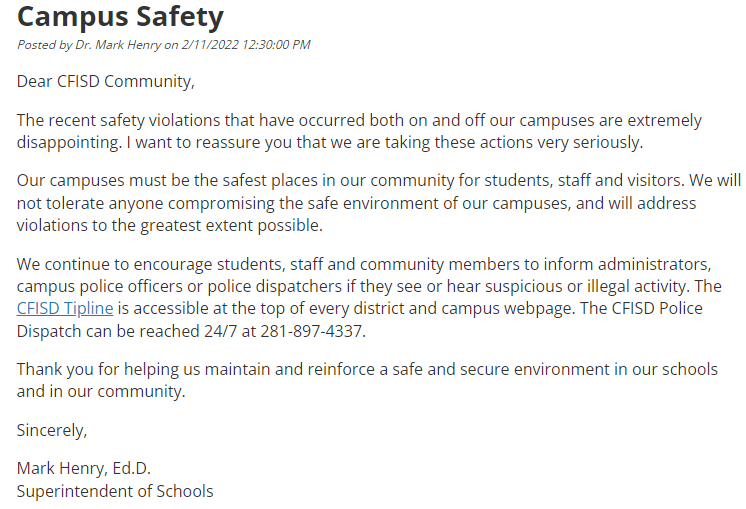 Although the district said there will be concequences according to the code of conduct, it was not specified. A few time after these students got arrested, friends of these young people spread threatening messages out, that they are going to create a shooting incident on campus. The police department and campus office reacted with strengthen in security immediately.