According to many sources, the earliest appearance of the word "baseball" dates from 1700, when Anglican bishop Thomas Wilson expressed his disapproval of "Morris-dancing, cudgel-playing, baseball and cricket" occurring on Sundays. However, David Block, in Baseball Before We Knew It (2005), reports that the original source has "stoolball" for "baseball". Block also reports the reference appears to date to 1672, rather than 1700.?

A 1744 book in England by children's publisher John Newbery called A Little Pretty Pocket-Book includes a woodcut of a game similar to three-base stoolball or rounders and a rhyme entitled "Base-Ball". This is the first known instance of the word baseball in print.

In 1755, a book entitled The Card by John Kidgell, in volume 1 on page 9, mentions baseball: "the younger Part of the Family, perceiving Papa not inclined to enlarge upon the matter, retired to an interrupted Party at Base-Ball (an infant Game, which as it advances in its teens, improved into Fives)." Although A Little Pretty Pocket-Book first appeared eleven years earlier, no copies of the first or other early editions have surfaced to date, only the tenth and later editions from 1760 forward. Therefore, The Card was the oldest surviving reference to baseball until the Bray diary was discovered in 2008. 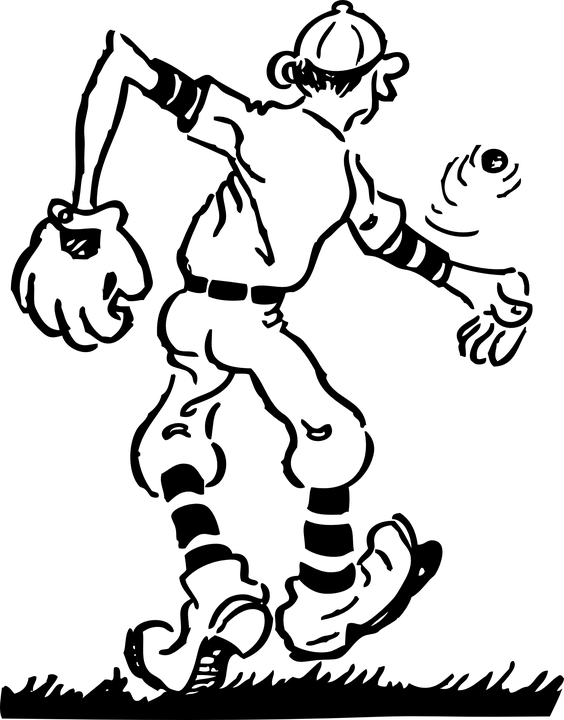 The earliest recorded game of base-ball involved none other than the family of the Prince of Wales, played indoors in London in November 1748. The Prince is reported as playing "Bass-Ball" again in September 1749 in Walton-on-Thames, Surrey, against Lord Middlesex. The English lawyer William Bray wrote in his diary that he had played a game of baseball on Easter Monday 1755 in Guildford, also in Surrey. The word "baseball" first appeared in a dictionary in 1768, in A General Dictionary of the English Language compiled by the editors of the Encyclopædia Britannica (first published the same year), with the unhelpful definition "A rural game in which the person striking the ball must run to his base or goal."

By 1796, the rules of this English game were well enough established to earn a mention in the German Johann Gutsmuths' book on popular pastimes. In it he described "Ball mit Freystäten (oder das englische Base-ball)" ('Ball with safe places, or the English base-ball') as a contest between two teams in which "the batter has three attempts to hit the ball while at the home plate"; only one out was required to retire a side. Gutsmuth included a diagram of the field which was very similar to that of town ball. Notably, Gutsmuths is the earliest author to explicitly mention the use of a bat, although in this case it was a flat wooden paddle about 18 inches long, swung one-handed.

The French book Les Jeux des Jeunes Garçons is the second known book to contain printed rules of a batting/base/running game. It was printed in Paris in 1810 and lays out the rules for La balle empoisonnée ("poisoned ball"), in which there were two teams of eight to ten players, four bases (one called home), a pitcher, a batter, "soaking" and flyball outs; however, the ball apparently was struck by the hand. 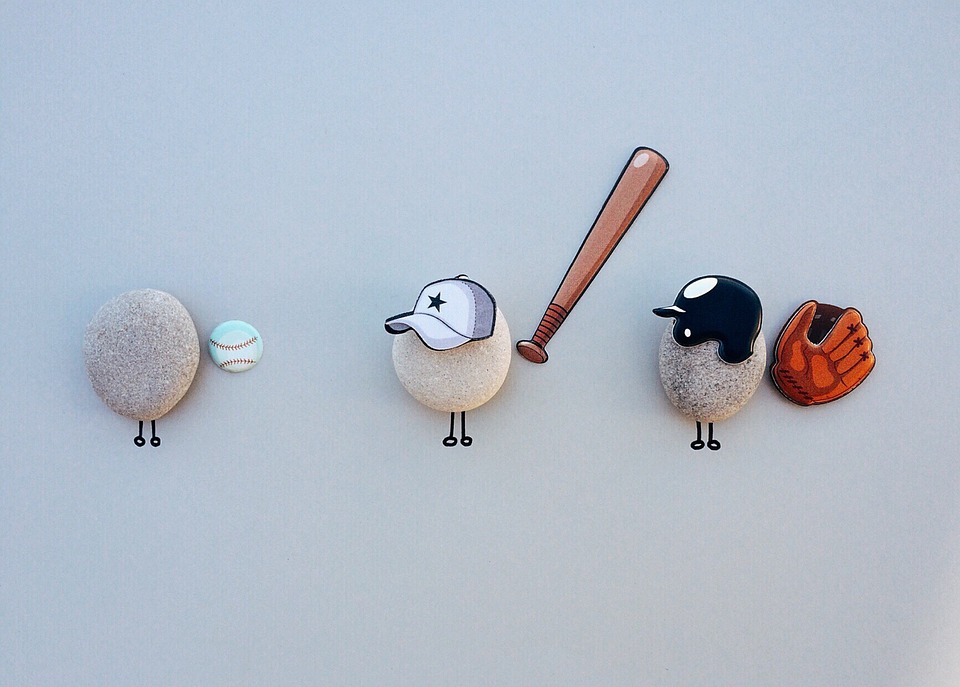 Another early print reference is Jane Austen's novel Northanger Abbey, originally written 1798–1799. In the first chapter the young English heroine Catherine Morland is described as preferring "cricket, base ball, riding on horseback and running about the country to books". About the same time, Austen's cousin Cassandra Cooke mentioned baseball in her novel Battleridge.

Then comes a sun-burnt gipsy of six, beginning to grow tall and thin and to find the cares of the world gathering about her; with a pitcher in one hand, a mop in the other, an old straw bonnet of ambiguous shape, half hiding her tangled hair; a tattered stuff petticoat once green, hanging below an equally tattered cotton frock, once purple; her longing eyes fixed on a game of baseball at the corner of the green till she reaches the cottage door, flings down the mop and pitcher and darts off to her companions quite regardless of the storm of scolding with which the mother follows her runaway steps.

In 1828, William Clarke of London published the second edition of The Boy's Own Book, which included the earliest known mention of a game called "rounders," and contains under that heading the first printed description in English of a bat and ball base-running game played on a diamond.? The following year, the book was published in Boston, Massachusetts. Similar rules were published in Boston in The Book of Sports, written by Robin Carver in 1834, except Carver called the game "Base or Goal ball". Clarke's "rounders" description would be reprinted many times on both sides of the Atlantic in ensuing decades, under various names.

6.A General Dictionary of the English Language, Compiled with the Greatest Care from the Best Authors and Dictionaries Now Extant. 1768. 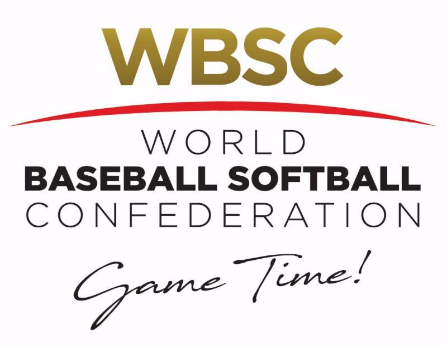 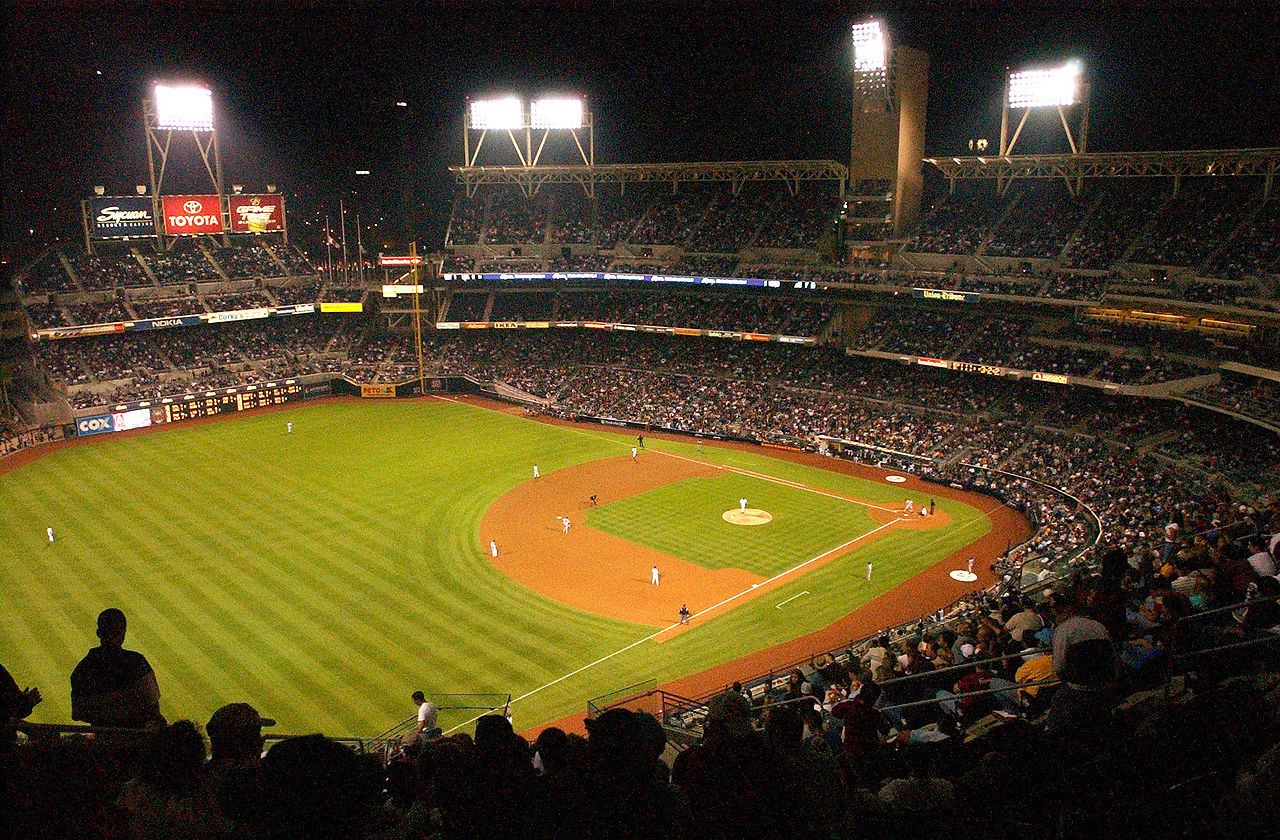 The starting point for much of the action on the field is home plate (officially "home base"), which is a five-sided slab of whitened rubber, 17 inches (43 cm) square with two of the corners removed so that one edge is 17 inches long, two adjacent sides are 8.5 inches (22 cm) and the remaining two sides are 12 inches (30 cm) and set at an angle to make a point. The plate is set into the ground such that its surface is level with the surrounding ground. Adjacent to each of the two parallel 8.5-inch sides is a batter\'s box. The point of home plate where the two 12-inch sides meet at right angles is at one corner of a 90-foot (27.43 m) square. The other three corners of the square, in counterclockwise order from home plate, are called first, second, and third base. Three canvas or rubber bases 15 inches (38 cm) square and 3–5 inches (7.6–12.7 cm) in thickness made of soft material mark the three bases. 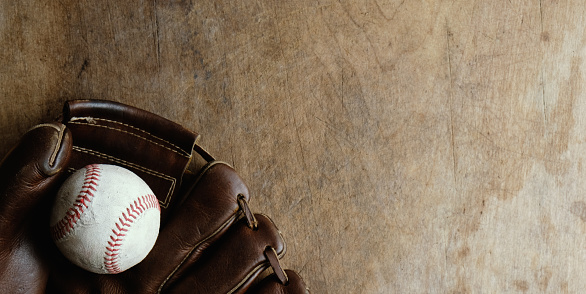